The Duelist Kingdom island featured numerous terrains, allowing for various Field Power Bonuses. In the Duelist Kingdom arc of the anime and manga, each Dueling Arena had the properties of a specific type of land mass. If a monster was Summoned on a terrain it favored, it would receive a 30% increase in its ATK and DEF. This was called a Field Power Bonus. Unlike Field Spell Cards, arenas sometimes had multiple types of field in play simultaneously, that could power up different monsters depending on which Monster Card Zone they were played on. In practice, this could be likened to having multiple Field Spell Cards in play. The following were seen:

The Field Power Bonus rule was also utilized in the first series of the anime. However, it didn't appear to matter what side of the field you were sitting on when playing monsters on certain field squares.

The second series anime made reference to monsters with the Field Power Bonus not being affected by attacks that used Magic Cards to power the monster up (such as "Feral Imp" equipped with "Horn of the Unicorn"). While Yugi Muto was explaining the Field Power Bonus, a series of lands appeared on screen, including an unseen "arctic" or snow-laden land. 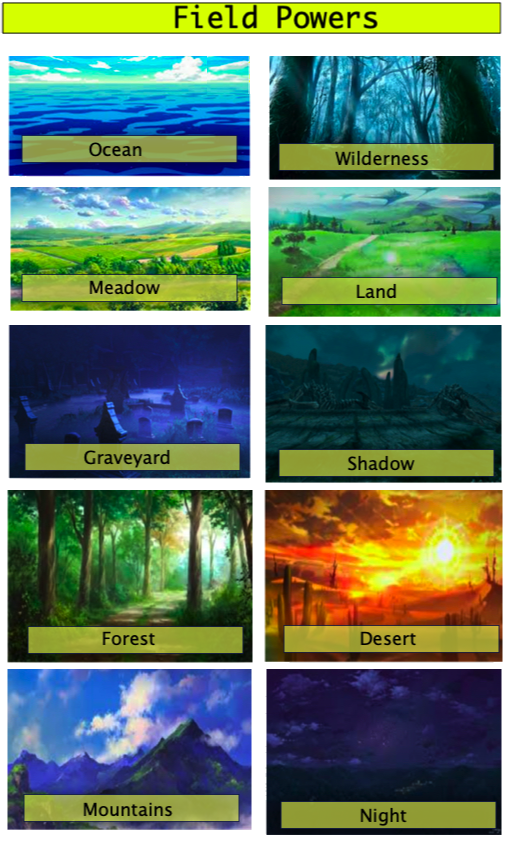